Did John Oliver Offend You? 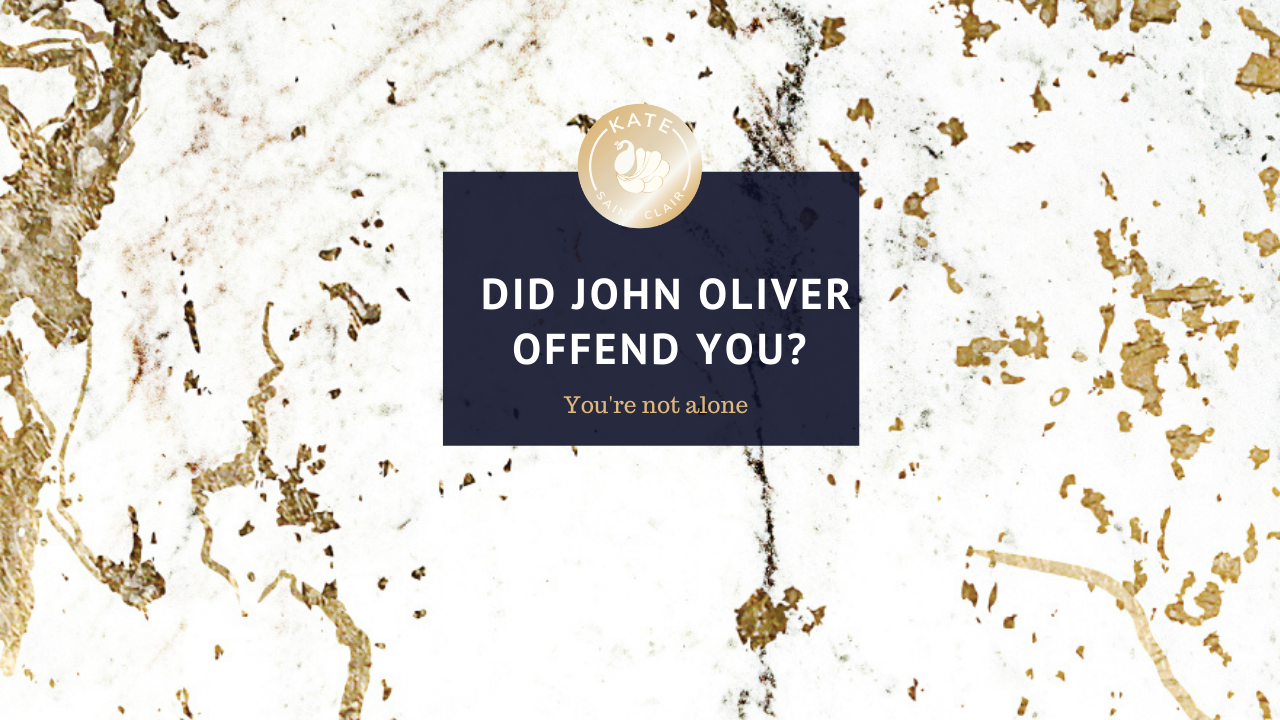 Did John Oliver offend you?

On “Last Week Tonight with John Oliver,” he did a piece on Psychics.

This piece hurt the feelings, and broke the spirits of many of my colleagues.

I was sitting with my kids as we watched. Adrenalin poured through my veins; my face blushed. I held my breath in fear of what I knew was sure to come.

My daughter laughed through most of it. My son, who is a Medium like me, made me pause it so he could ask questions as the piece continued.

I was both horrified and agreed with the piece.

It was like watching a rich person make fun of the poor, or a straight person making fun of the gay community.

It’s all fun and games making fun of others when you don’t understand their journey.

It’s easy to take a shot at the toothless criminal and declare that one person represents the sins of all poor people.

Or, to joke about a gay person when you have no idea the personal sacrifices and self-hatred someone had to go through to make piece with who they are.

Does John Oliver know what it’s like to be a baby in a crib and have Spirits and Ghosts surround you and talk to you?

Does John Oliver know what it’s like to tell your parent there’s a ghost in your room that won’t leave you alone, and your parent tells you it’s not there; it’s not real; you’re making it up?

As a result - you spend the rest of your life being silently tortured by Spirits and energies you don’t understand because there was no one to go to for help.

I don’t think so.

Being a Psychic Medium is no joke.

The amount of burden and responsibility Psychics feel is unbearable.

If they can’t get help understanding how information, energy and Spirits come to them from someone who understands their unique problems, it destroys them.

I agree %100 with the call out of any and all fake and predatory Psychics.

I’m also annoyed by Psychic Mediums that say there’s an “A or an M” name.

I went to a Psychic in New York City to get help with my gift. She told me she saw a blue balloon around me. To this day, I roll my eyes when I think of how stupid and unhelpful that was.

Do I cry over the $60 I spent on a non-helpful reading? No. She was trying, but failed. She made me feel even more strange and cynical about my own Psychic burdens.

In my heart I knew she was trying, which was more than anyone else had tried to do for me at the time.

It’s because of the Psychics that say, “Blue balloon; A or M in the name; thank you for taking care of me; and I love you,” that makes the talented Psychic’s roll our eyes.

The fake and the silly Psychics are literally the ones that make the good, talented, big hearted and born-to-do-this work not want to do it.

But here’s a fact:

As a Medium, your mom either had black hair, dressed beautifully, was female,  read books or she didn’t.

If she did, then it IS your validation because I didn’t know your mom.

If she didn’t, then I’m wrong or I’m getting the energy from someone else. It’s hard getting specific information from Sprits then it is if someone is physical.

Two Spirits are standing next to me. One says she’s my client’s mom and starts to speak but the woman standing closest to me I can see better.

Do you know how long I worked before I realized I had to tell them where to stand and not to talk unless I was talking to them?

They are like people and do whatever the hell they want to! It takes a strong and firm Psychic to make the Sprit world cooperate so that we can be specific.

The truth is that our industry is just like all other industries. There are fakes and frauds within the industry. We, the Psychics, have to accept it and we must speak against it.

I know you don’t even want to call yourself a Psychic because it’s such a joke. However, this is the language we, as a society, use to explain our work.

Instead of running away or not doing the work at all, let’s do such a great job and have the highest of standards to reclaim the word.

There are corrupt people in all industries: doctors, teachers, lawyers. Everything. Our industry is no different.

John Oliver talked about the Psychic Network hotline that brought in over $500,000,000. They found the Network to be fraudulent. I’m horrified for the people that were ripped of.

I imagine there was a person who realized there was a ton of money to be made, so they started the Psychic Network.

They hired both fake Psychics and Psychics that genuinely tried to help. But, if a Psychic Medium doesn’t get appropriate training, they’re not going to have the skills to give good meaningful information.

It reminds me of two things:

First: I was born a Psychic Medium. The information and Spirits overwhelmed me and parlayed me. It controlled me, I didn’t control it.

When I was 27 years old and saw my 2 year old daughter get the same Psychic information I did, it terrified me. I didn’t know how to help her control it. I didn’t understand it. It tortured me and I couldn’t live watching her go through what I did.

After years, thousands of hours reading books, and moving to different states trying to find someone to help me understand Intuition - I finally found a mentor.

She understood how Intuition worked. After studying with her for years and reading hundreds of strangers for free and for fun, I finally understood how it worked.

I didn’t have the personality to do a reading for anyone a day before I got help understanding it, but that’s my personality.

Many born Intuitive's try to help. They try to put themselves out there and be of service even if they look foolish while doing it.

Second: During those years, I was asked to be a reader for a charity event. In complete terror of being wrong or doing more damage then good during those 15 minute sessions for charity, I agreed.

I blushed, my hands trembled; but I showed up. It was chaotic and loud, but I was able to bring in amazing messages and information for the people I read for that night.

I didn’t know I could do that until I put myself out there and tried.

Some of the people working for that silly Psychic Network John Oliver referenced were people trying to help, trying to figure out how to sort out Psychic information so it was meaningful. Some were full of shit.

John Oliver accused Mediums that do readings on television, of doing research before the session.

1 - What Psychic has a team of researchers?

2 - Should a celebrity never be read because they may have shared personal information on tv in the past?

On the Meredith Vieira Show, Theresa Caputo told her she doesn’t solve murders.

Truth:  That’s a boundary for her. Psychics specialize in certain areas. Just because she won’t solve the murder doesn’t mean she couldn’t. She doesn’t want to step out of her comfort zone and get into Psychic Detective work. Shouldn't we respect her for not doing something she's not comfortable with and possibly causing stress for the clients because of her discomfort and lack of ability on the subject?

Dr. Phil and Dr. Oz having Psychics on their show is a joke?

Actually - on the Dr. Oz show, May 9th, 2013, brain-imaging specialist Daniel Amen mapped Medium Theresa Caputo’s brain finding that as she channeled, her brain activity went down to almost nothing.

Meaning that if she was trying to think her way through readings and make shit up, her brain activity would increase.

Instead, her brain activity reduced so as to quiet the mind to channel.

There’s a love hate relationship in our field for Sylvia Browne. She was a pioneer in the field of Intuition. She brought the work out of the shadows, and she was wrong most of the time.

In another article I wrote, I confessed the damage her son Chris did to me when I called for a session with him in 2006.

It makes all of us look bad.

The truth is that we read energy. The more energy in the room the worse it is, which is why I don’t advise reading on television or in large groups unless you know how you get information and can manage the energy.

I didn’t know if I could do it because, as I’ve said a million times, each person has at least 5 spirits with them. How am I going to get them to talk one at a time? Usually they all talk at the same time and I can’t hear anything specific.

Or they show me 10 different images in 5 seconds and I’m supposed to know what they mean. No. It doesn’t work that way.

I found my voice. I learned to tell them what I need from them to give a clear message and demand the Spirits do it my way. That’s how I got good at it.

Genuine Psychic’s that go on television, or do interviews that make a fool of themselves probably have the best intentions; unfortunately, if the information isn’t right it can be harmful.

Doing any and all of it before you are truly ready isn’t good for anyone.

Get good training before putting yourself out there. You deserve to be supported and know exactly what you’re doing before all eyes are on you.

Just because you get information doesn’t mean you have to offer it.

You get it because you’re Psychic.

Just like with hearing: if you walk by a conversation and hear something, it doesn’t mean they were talking to you.

It’s not your responsibility.

Let’s clear up a few myths about Psychics:

Science is on your side. Psychic abilities are validated and proven by the Scientific community. We’re past all of this.

So cheer up beautiful Psychic. Keep being you. Keep working on your gift. Keep that beautiful heart open.

He’s a comedian, a joker; you’re not. 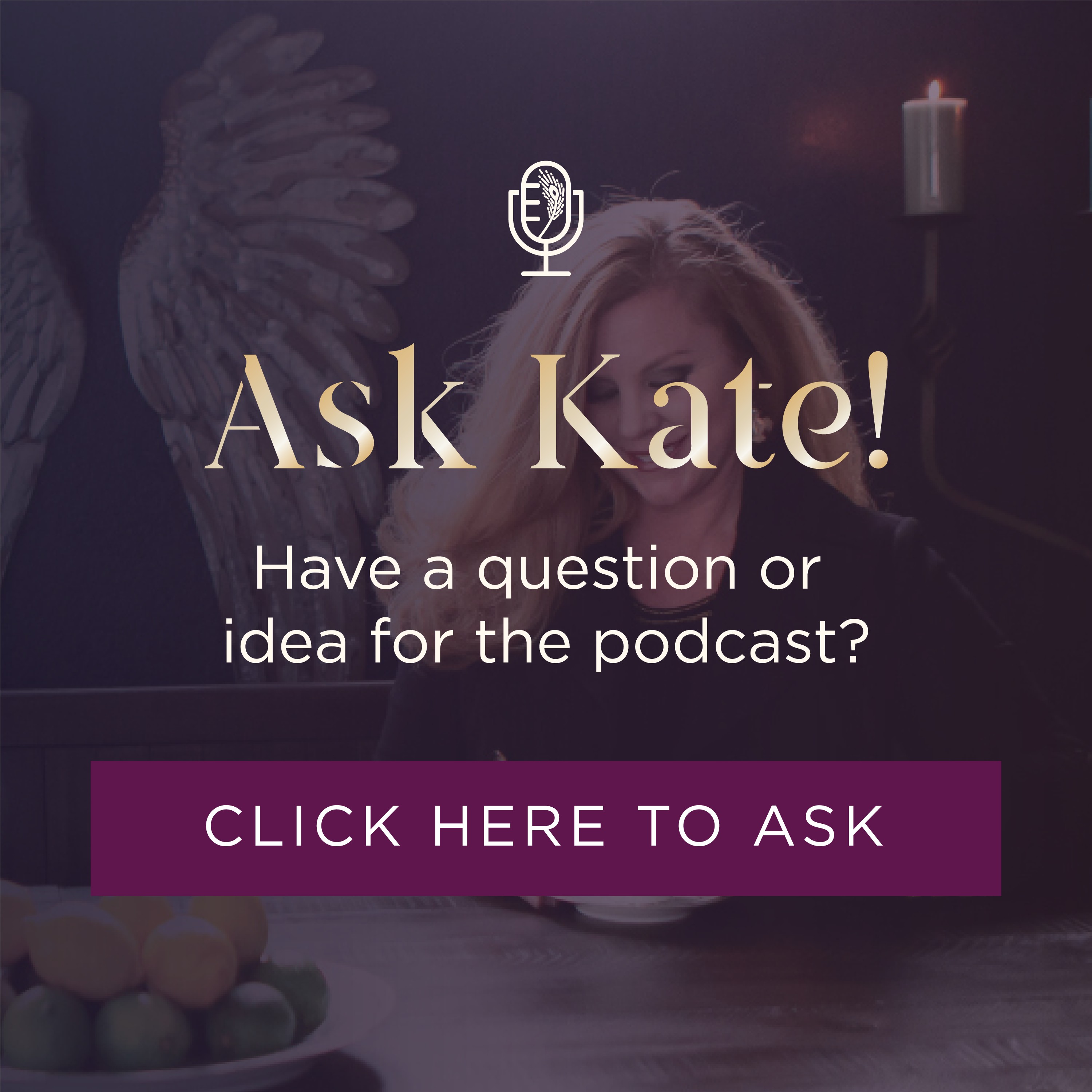